Five birds to spot on the Larapinta Trail

With the Classic Larapinta Trek in Comfort kicking off season 2019, here are five of our favourite birds to spot whilst you’re on the trail… 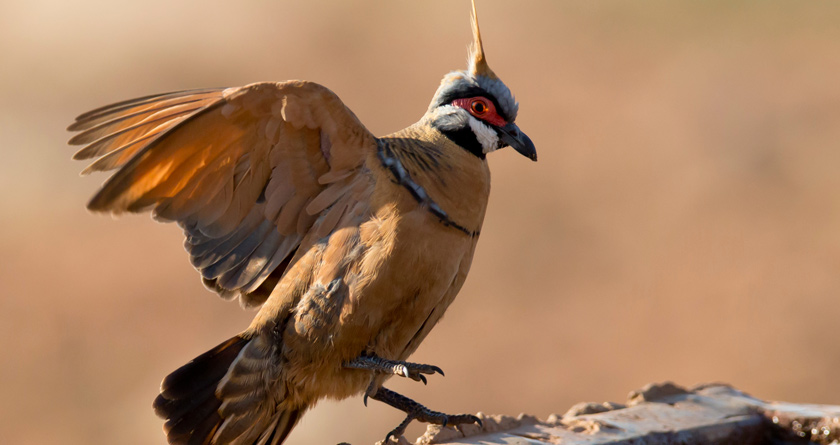 #1. SPINIFEX PIGEON
Also known as the plumed-pigeon, spinifex pigeons are endemic to Australia and live in arid and semi-arid habitats. The males tend to be larger than the females, with a wing span of about 300-350mm. You can often find these birds on rocky hills, dry rocky creeks and gorges, and along the Larapinta Trail in areas where spinifex grass is found. 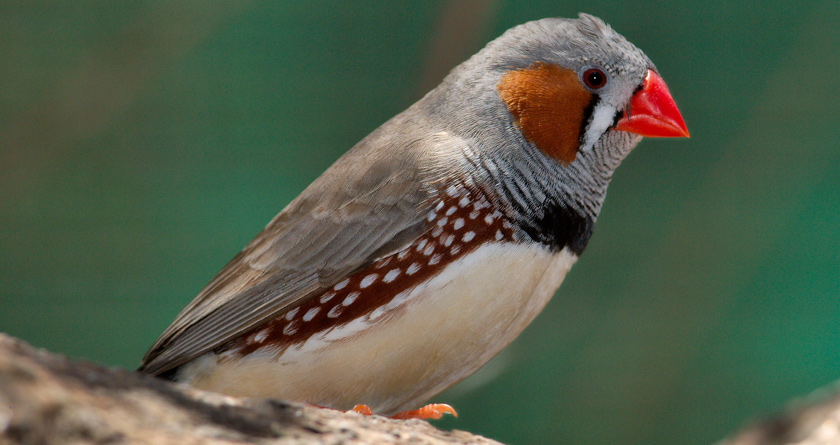 #2. ZEBRA FINCH
Zebra finch is a tiny bird with a red bill and a stripy tail. It has a zebra-striped tail, which is the source of its name. They live in mainland Australia except Cape York Peninsula or some coastal areas. They can also be found in Timor and Sunda islands.
Adult birds have a red bill while the juvenile birds have no color. Male birds have chestnut cheeks.
The birds are social and are often in large flocks at water holes. They feed on the ground and their main diet is grass seeds.
They are mainly found in open grassed areas with nearby water, and have an undulating “bouncy” flight. 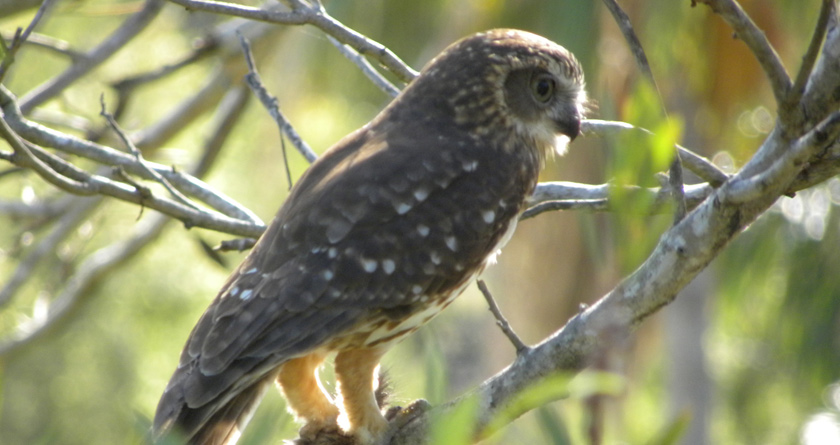 #3. SOUTHERN BOOBOOK
One of the most common types of owl in Australia, the Southern Boobook can be found throughout mainland Australia and Tasmania. They can adapt well to different types of landscape, from open desert to dense forest, and can be identified by their plumage, which is a dark chocolate brown above and rufous-brown below. They are heavily streaked and spotted with white, with grey or yellow feet. Along the Larapinta Trail, you can spot them nesting in some of the old eucalyptus trees that have hollows. 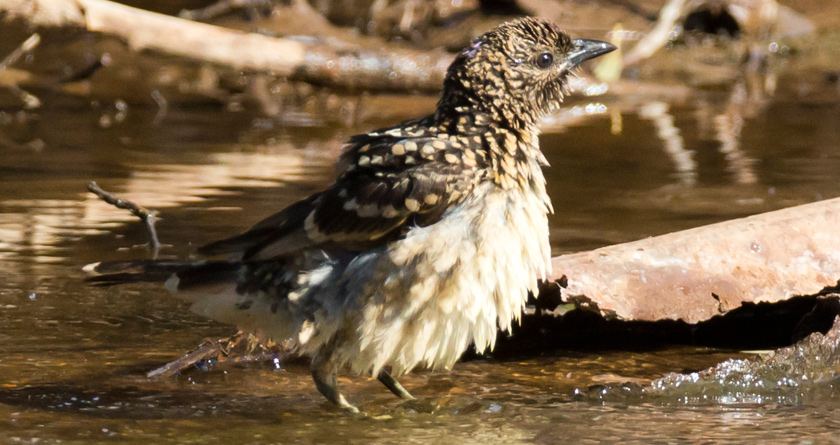 #4. WESTERN BOWBIRD
The Western Bowbird is characterised by its long neck and round head, marked with buff spouts on the head, neck and upper body. Their yellowish underbody can have red scalloping and their legs are feathered at the top. Endemic to Central Australia, these birds can be found in the open woodland and shrub thickets in arid zones – however keep an eye out – you may also spot them near water amongst the rocky gorges. 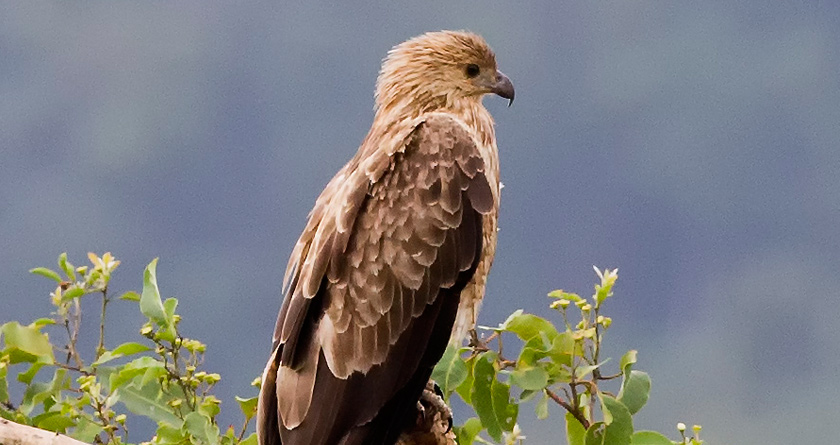 #5. WHISTLING KITE
Often spotted throughout all times of the year, this bird of prey is medium sized. It also has white patches on the underside of the wing and a distinctively loud penetrating whistling call. Another distinctive feature is the underwing “fingered’ pattern and the rounded tail.
The Whistling Kite lives on mainland Australia but is not found in Tasmania. It is active during the day but rests in trees during the night. It glides low over treetops and sometimes flies at high altitudes using thermals.
Similar to the black kite, this scavenger bird’s diet mainly comprises of insects, lizards, small mammals, and carrion. It is attracted to bushfires so that it can feed on fleeing insects. It also loves food waste and thermals (up-currents).

Which bird is your favourite? Encounter the wildlife of the Northern Territory for yourself – find out more about the Classic Larapinta Trek in Comfort with Australian Walking Holidays here.